The week that was at Workington Town! 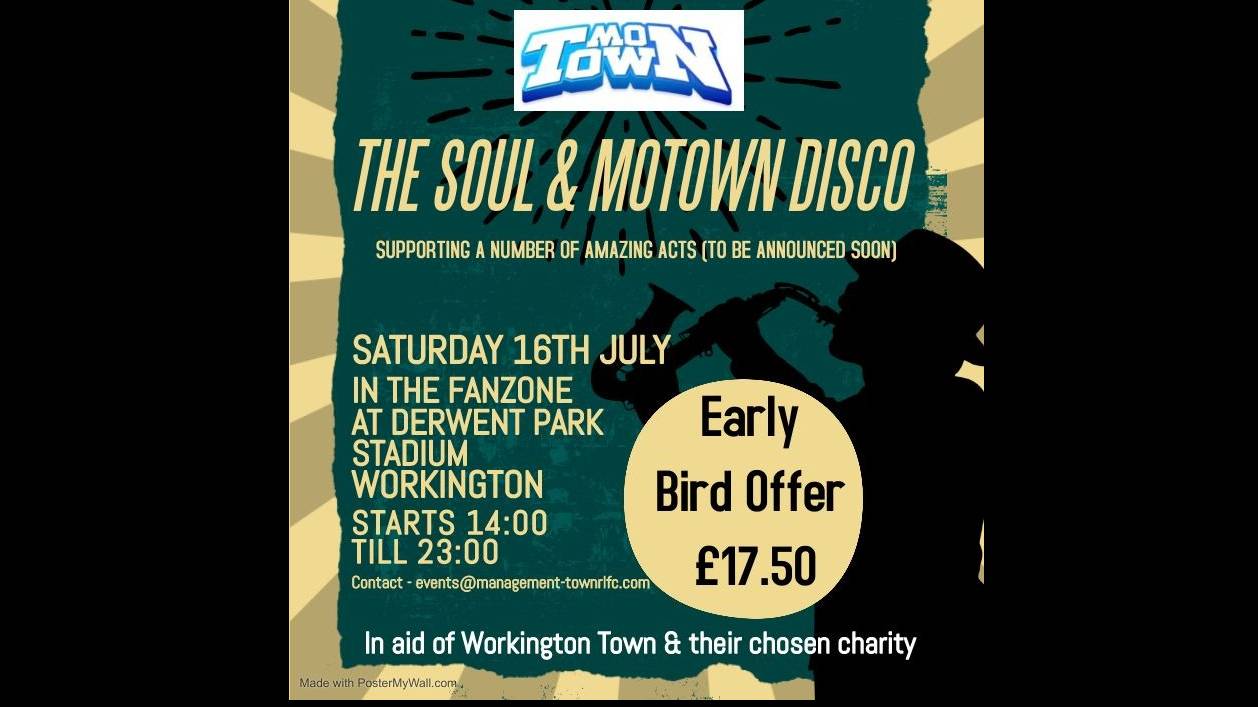 The week that was at Workington Town!

That result closed the gap to London and Dewsbury Rams and keeps us in touch as we attempt to climb away from the foot of the table. Unfortunately we then fell to a disappointing 46-0 defeat at Batley Bulldogs on the Sunday and we are looking to bounce back as we welcome high flying Barrow Raiders to Derwent Park, 2pm ko.

You can get your early bird tickets until 12pm Sunday, at the gate or online. Savings of up to £5 on match day pricing

We launched a new partnership to bring entertainment option to Derwent Park's FANZONE as we work alongside Bastion Events Management, Natterjack Marketing and McGuckins Audio and we are delighted to announce our first event will take place on 16th July from 2pm -11pm!

Tickets are selling well and you can get your tickets here and save with an early bird offer until 30th June! It's going to be a cracking day of live music bringing that festival feel to Workington Town!

Forward Dave Weetman was rewarded for his hard work and dedication in recovering from his horrific injury when he was named in Wales RL 30 man squad for their upcoming test match fixture v France alongside twins and recent signings Connor and Curtis Davies. Congratulations to all 3 of you!

After a frustrating period with injury we have allowed Dec to join Oldham RLFC to gain some valuable minutes in League 1 to help prepare him for a return to Championship RL with us.

Ellgren leisurewear suitable for a normal summer! and a Cumbrian summer still available with choices in polos, shorts, caps, jackets and much more! Have a look by clicking the link below!

MATCH TICKET OFFER - YOU CAN STILL SAVE £5!

We have extended match tickets offer online at at the turnstile until 1200pm, from 1201 onwards it is full price!

The Fanzone is ready and waiting from 12pm, Lager, Bitter and Cider available from our previous supplier stock until it lasts, so once it's gone it's gone.

Try out new suppliers - Carlsberg, with an array of new drinks to try!

Adult Season Ticket holders can get a free pint by collecting a beer token from the Tom Mitchell Lounge Reception in the Portkabins.

Plus hot food from Sizzling Simon's in the speedway pits! as well as merchandise sales available at the CLUB SHOP from 12pm!

AFTER THE GAME  - In association with LAKES ENTERTAINMENT we have the fantastic AMY MORTON singing LIVE 4-6pm in the fanzone!

Enjoy the day, be by our side!